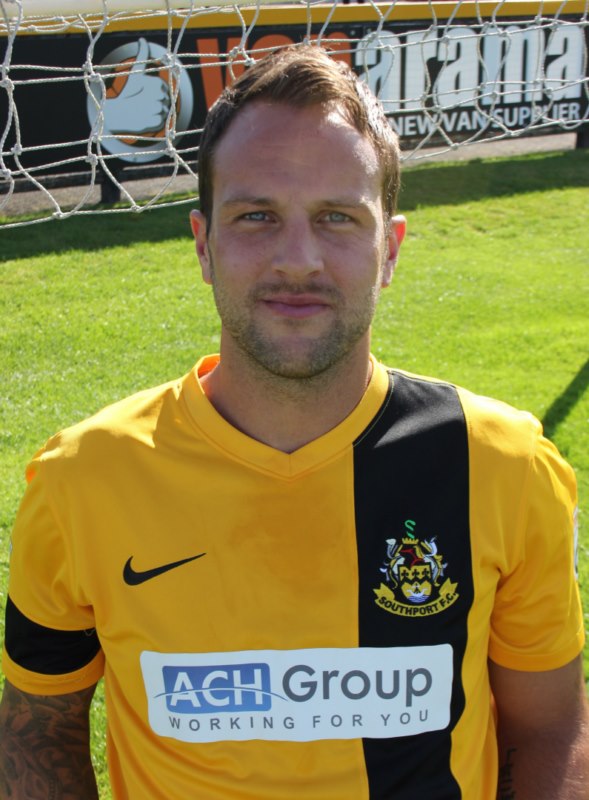 Luke joined Southport in the close season signing from Lincoln City. Started his career as a trainee with Sheffield Wednesday. Has made appearances for Scarborough, Alfreton, York, Stalybridge, Oxford United (over 100 appearances). Joined Mansfield as club captain in 2010 before a season at Stevenage where he helped them earn promotion to League One in their first ever season in the Football League. Luke then had spells at Rotherham, Matlock and Preston North End before rejoining Lincoln City for the 2013/14 season.