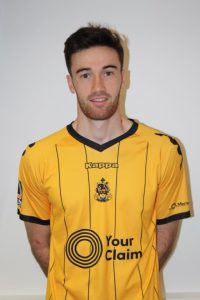 Newell was at Everton from the age of 12, moving through the ranks before spending two years at Bolton, where he progressed from the U21 side into the first-team squad.

George, born in Formby and the son of former Blackburn Rovers striker Mike Newell, has also had time with AFC Fylde and Albion Rovers.

He spent the first half of the 2016/17 season on loan at AFC Fylde before moving to Motherwell at the start of the following campaign. He then spent two years north of the border, playing an important role in Albion’s good form at the end of last season.