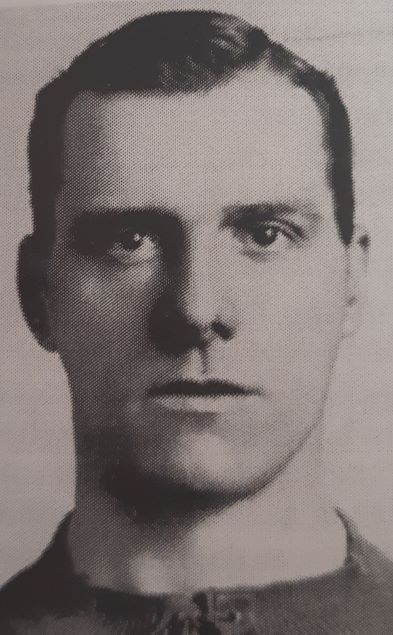 In his first season with the ‘Recs’ they finished fifth in the first division of the Lancashire Combination, with the first four places in the table occupied by the Reserve sides of Liverpool, Everton, Manchester City and Bury.

In 1902 he began in League football with Bury and was reserve full-back in the squad that won the FA Cup in 1903 without conceding a goal, and with the record score of 6-0 against Derby County in the final.

Lack of first-team opportunities led to his joining Oldham Athletic for the princely sum of £15 and it would be hard to think of a better bargain.

Built on hefty lines, he combined strength with surprising pace for a man of his build. He was also remarkably free from injury averaging thirty-six matches per season in the ten years that he spent with the club. Hudson was one of a handful of players who became at Hudson Fold in Lancashire Combination days and finished as League Championship runner-up, when the first world war terminated League football for the duration.

He was awarded a benefit, with a guarantee of £250, along with Jimmy Fay, in season 1911-12. He remained on Oldham Athletics books during the war years but joined Southern League Brentford in May 1919. In a little short of two seasons he made 68 appearances for them before joining Guilford United as coach-manager in February 1922. He then moved abroad holding coaching appointments in Belgium and Holland.