The first half of 2022 has flown by and in terms of research, I’m sure you won’t have failed to notice that The Town’s Game has now been published. The research that had led to this book has been years in the making and I have been really surprised at the discoveries made by going right back to original sources.

As the author I am obviously delighted with the outcome and offer many thanks to David Walshe and Michael Braham for their significant help along the way.

For a kick off we now know without any doubt that when Southport Central was formed in 1888 it was considered a brand new club and not a continuation of anything that came before it. There is so much evidence to back this up that it has completely changed my view on the formation date/year of the club we all follow today.

Controversial maybe, but as the primary researcher and author of the book I have absolutely no doubt in my mind that our football club has only existed since 1888.

The club(s) that bore the name of Southport FC before this date are ancestors, yes, but they are not the same club. I state in the book that to claim the date of 1881 as the formation year of the current club would be like me claiming my father’s birth date as my own. We’re not the same person, but we all know I wouldn’t exist without him.

After so many years, to now insist everyone starts to use 1888 rather than 1881 is probably going to be a battle that I’ll struggle to win but I have no problem with celebrating 1881 as part of our history.

I won’t be changing my email address to omit the 1881 reference nor will I be changing the short URL for the website http://sfc1881.uk

All I want is for people to recognise what the year actually signifies…the first association game played by a club representing the town. There is obviously a significance in that, but there is equally significance in the formation of the original Rugby club (of the same name) formed in 1872. Neither however are the same club as the current club.

My decision to trace the origins of Football in Southport back to 1872 when researching the formation of the club has been thoroughly justified, and I am confident that the weight of evidence for 1888 is so overwhelming that I believe that anyone who reads the book, and the original first hand reports and comments contained therein, will reach the same conclusion.

We will still maintain a record of the games played and the results and line-ups for all of the ancestral clubs back to 1881 but from here on, when we discuss the records of the current Southport FC, our records will begin from 1st September 1888. “Our” FA Cup record will start from October 1888 against Irwell Springs and not 1882 against Liverpool Ramblers.

If you want to know more…buy the book. I’m sure you’ll enjoy it. If you read it, I’d love to hear your thoughts! 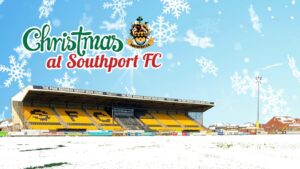 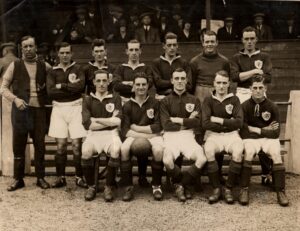