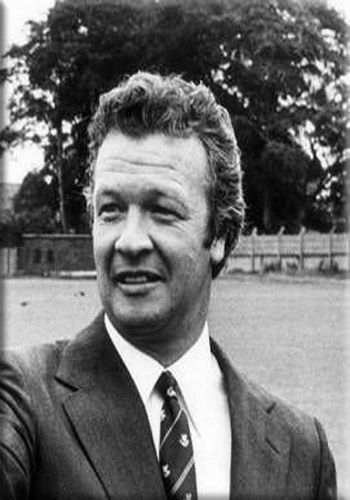 The following article was published in the Southport Visiter on 11 FEB 2016 and was written by Alan Jones.

Ron Smith, one of the heroes of Southport’s memorable FA Cup run 50 years ago , believes manager Billy Bingham had a revolutionary impact on the club.

The Sandgrounders rose to national prominence as they reached the fifth round of the Cup in their first season under Bingham, who also guided the club to promotion to what is now League One the following year.
Among the first signings made by Bingham having played under the manager at Port Vale, Smith was an ever-present during that famous campaign, contributing three important goals during the Sandgrounders’ FA Cup run.

“I first met Billy at Port Vale. He had a great amount of experience and anyone who played with him knew straight away he was a class act,” said Smith.

“Without a shadow of a doubt, it was First Division fitness brought in by Billy and he had us in superb condition.

“In the first pre-season we used to run from the pier to Formby Point. Then he’d take us in the sandhills and he’d have us running up and down there in pairs while the rest of the players were playing five-a-side.

“We were probably in the top five fittest teams in the Football League.

“The way we played and the system we used suited every player. It ran like clockwork and you put that down to the manager. He was a good tactician. He knew what he wanted and he knew how he wanted us to play.”

Having found the target twice against Stockport County early in the cup run, Smith was also responsible for scoring one of the most celebrated goals in the club’s history – the second in a 2-0 win over Cardiff City.

The fourth round tie against Cardiff, played in front of a crowd of 14,230 at Haig Avenue, took place 50 years ago tomorrow and was the highlight of a remarkable cup run.

“It was an awesome day,” Smith added. “We started off really, really well and we didn’t give them any space or room to move.

“In those days, the way Billy had us playing, you didn’t fit into the team just as an outside-right or an outside-left because everyone worked for each other.

“They were two divisions higher but on the day we didn’t let them in the game.

“As a team we were on a run. We went ahead when Colin Alty got a quick shot in, their goalkeeper parried it and the ball came out to the six-yard box where Alan Spence knocked it in.

“Then I got a header. Alex Russell took the free-kick but nobody came to mark me. I always used to stand on the edge of the 18-yard box and make a run. That’s what I did again this time and when I got there I had a free header. It was a brilliant day and the atmosphere was fantastic.”

Bingham’s Boys: The Heroes of ’66, an event hosted by Trust in Yellow, takes place on Saturday at 5.30pm in the Grandstand Bar following Southport’s match against Braintree Town.

It features BBC highlights of the win over Cardiff before the players from that season speak to supporters and host a question and answer session.

Entry is free and all fans are welcome. Even if the match against Braintree is postponed, the event will take place as planned at 5.30pm.

Catching Up With Earl Davis