The winner of our Southport’s Greatest contest can today be revealed as… former Southport FC star Harry Boyle.

His daughter, Janis Miles, said yesterday: “I am absolutely over the moon. It’s overwhelming.

“I am sure when the rest of the family find out they will be speechless.

“It’s a tribute to Dad and what he did for people.”

Earlier this year we invited our readers to nominate who you thought should be included in the top 100 list. The Southport’s Greatest feature was sponsored throughout by Southport College.

We were inundated with some fantastic suggestions, from both the present and the past; people who were either born in Southport and went on to achieve great things, or people from outside our town who have had a tremendous impact upon it.

On February 27 we published a 12-page Southport’s Greatest supplement, which appeared free inside the Southport Visiter.

Our readers were then invited to vote for your favourite, either with a form in the pullout, or online on our website.

Altogether we received an astonishing 2,972 votes from members of the public, with 754 people voting for Harry Boyle.

Harry Boyle was one  of the most popular  players to ever wear the  colours of Southport FC and was a  popular member of the crowd at Haig Avenue until  he died in 2012. Next Wednesday will mark the second anniversary since his death.

Mr Boyle was an  impressive left back, signing   for Southport FC in 1947. He  enjoyed three years playing  for the Sandgrounders until  his last game on April 22,  1950 – his birthday. Mr Boyle  – related to Sir Matt Busby –  moved on to coaching,  becoming well respected in  the game, coaching in  Bermuda and Zambia, and  managing Marine FC.

An accomplished poet, his enthusiasm also led  him to coaching the highly  successful Southport It’s a  Knockout TV competition  team, in 1974.

He ran a corner shop on Portland Street / Hampton Road for a number of years, and always went out of his way to help people.

He coached youth footballers for Lancashire, at Holy Family School in Southport, and at Southport YMCA among others..

After he was diagnosed with cancer 16 years ago he wrote three books of poetry, with every penny raised handed over to Queenscourt Hospice.

Along with his team-mates from It’s A Knockout, he raised a substantial amount of money for Southport’s Spinal Unit Action Group (SUAG).

Janis Miles said: “Some people have said that people have voted for him because he was a footballer – but he did so much more for the town than that. It was everything else that he did afterwards.

“With It’s A Knockout, he really did put Southport on the map. Southport was very well represented by Dad and by Bill Doherty, who was also involved.

“When Dad died it was a sad, sad loss.

“This is a lovely tribute to a great, great man. He did nothing for himself and everything for other people. He was a wonderful person.”

A Southport College spokesperson said: “Southport has some truly amazing people and the top-ten list identifies just a few of them. Some on the list have achieved great things individually while others have made unparalleled contributions to the local community.  What is consistent about the individuals on the list is that their achievements all required focus and dedication; two of the qualities we try and encourage our students to develop.”

Southport Visiter editor Andrew Brown said: “We are blessed to be able to name so many truly amazing people who either hail from our great town, or who have done some incredible things here. Altogether we received 2,972 votes from members of the public, and lots of superb suggestions from readers, and I would like to thank everyone who has contributed.

“We don’t always celebrate our heroes as much as we should in Southport. I felt, as we look forward to marking the 170th birthday of the Southport Visiter, that it was high time we changed that.

“It has been a privilege to feature such inspiring people in our newspaper, and I look forward to featuring many more in the years to come.” 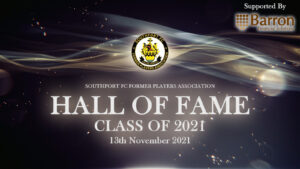 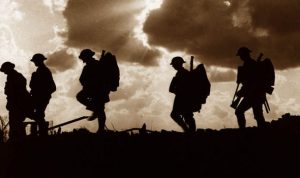